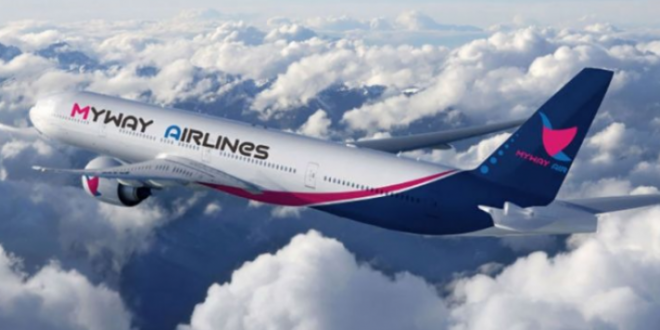 TBILISI(BPI)- Myway Airlines, which was put up for sale back in August, was bought by the  Chinese investment fund Plus Aviation Investment which owns 100% of the company. The deal was valued at $ 1.95 million.

Plus Aviation Investment was registered in August 2020, 49% of the company’s shares are held by Chinese citizen Jen-Ling Liu, 51% are owned by two Georgian citizens.

The airline has failed to enter  the European market as it did not meet European standards. The  carrier was banned  to fly to the European Union in July 2019.
commersant.ge
გაზიარება