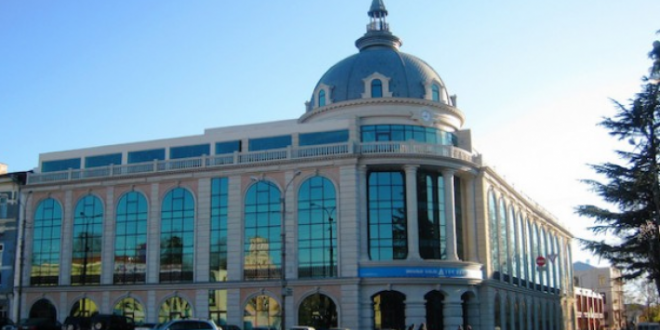 TBILISI(BPI)-TBC Bank Group announced on Tuesday that its subsidiary, TBC Bank in Uzbekistan, has obtained its banking licence and was planning to launch banking operations in June.

The FTSE 250 company said its strategy was to establish a greenfield, next-generation banking ecosystem for retail and micro, small and medium enterprise (MSME) customers in Uzbekistan, with a primary focus on digital and partnership-driven channels.

It said that, given the current operating environment and impact from the Covid-19 coronavirus pandemic, it had further optimised its business model with an added emphasis on asset-light and cost-efficient operations.

The range of products offered by the bank at launch would include current and savings accounts, cash loans, salary backed loans and car loans, and cards, mobile application and transactional capabilities, including person-to-person (P2P) transactions, money transfers and utility payments.

In addition, the bank would also run the point-of-sale consumer finance operation.

TBC said its Uzbek payments subsidiary, Payme, which already reached two million registered customers by March, would continue to operate separately from the bank, but the two entities would closely cooperate.

The bank would be run by “an experienced management board” headed by chief executive officer Sandro Rtveladze, who previously held the role of group head of retail banking at Bayport Financial Services, and before that was deputy CEO at Liberty Bank in Georgia.

An additional capital increase was planned for later in the year.

Potential new shareholders, including the European Bank for Reconstruction and Development, the International Finance Corporation and the Uzbek-Oman Investment Company, had expressed an interest in participating, subject to their internal approvals.

TBC said it would remain the majority shareholder, with 51% interest.

“I am delighted that we have obtained the licence to start our banking operations in Uzbekistan,” said TBC chief executive officer Vakhtang Butskhrikidze.

“I would also like to thank the Uzbek authorities for their support and cooperation.”

Butskhrikidze described the move as the “beginning of a new chapter” in the group’s history, which would open “significant” new opportunities for its future development in the region.

“We are excited to embark on this new journey and, over time, deliver good results for the benefit of all our stakeholders.”

Sandro Rtveladze, chief executive Officer of TBC Bank in Uzbekistan, added that he was “extremely pleased” to join TBC’s highly experienced team in Uzbekistan, expressing his gratitude for all the support received from the Central Bank of Uzbekistan to enable the launch of operations within the planned timeline.

“Our asset-light and relatively low-cost base business model, as well as our long-term commitment to Uzbekistan sets us on the right path to achieve our aspirations.”