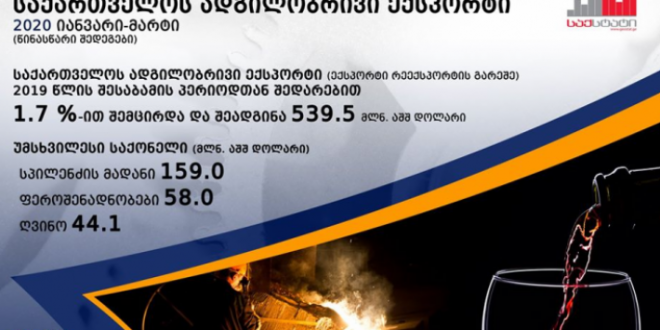 TBILISI(BPI)- In January-March 2020, the volume of exports of goods from Georgia (excluding undeclared exports) amounted to $ 778.2 million that is 5.9 percent less compared with the previous year. Exports without re-exports (domestic exports) accounted for 69.3 percent of total exports that is  1.7 percent less compared to the same period of last year and amounted to $ 539.5 million- the National Statistical Office reports.