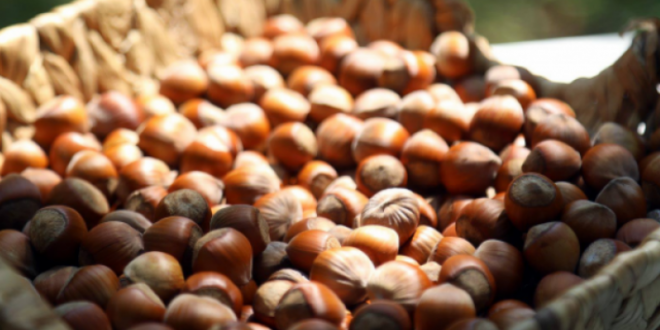 TBILISI(BPI)- This year the Nut Producers Association of Georgia expects the nut crop to increase to 50,000 tons and the country can earn about $ 120 million, the head of the Association, Giorgi Todua says.

“The Association brings together 25,000 farmers, 30,000 hectares of nut plantations. According to our estimates, this season the crop  can reach 50,000 tons. Recently, peasants and farmers have access to the chemicals necessary for pest control to monitor the state of plants. The only concern for us is the weather, which can ruin the nuts. Apart from that, in July we will face  a high risk of appearance of marble bugs but we are preparing for any complications, ”he says.

According to Todua, compared with last year, the quality of the product has also improved that will increase  the purchase price in 2020.

“For those who care for nut plantations, the quality of the product is as high as it has never been before. As you know, nuts in Georgia did not differ in high quality, and therefore were sold at a lower price. Now farmers have learned how to properly care for walnut trees, respectively, and the quality is expected to be higher, ”he said.

According to the head of the Association, an increase in the value of Georgian nuts on the international market is also expected.

As reported, Georgian nuts were of poor  quality and were sold at a lower price. Now farmers have learned to properly care for walnut trees that’s why the quality is expected to be higher,” he notes.

In the words of the head of the Association, the cost  of Georgian nuts is also expected on the global market.

“Last year, the purchase price was good and ranged within GEL  7 to 9 per kilogram. It is difficult to say what price will be this year, since it depends on  several factors, including  quality. But it’s known that in Turkey this year the harvest will be worse due to climatic conditions that increases the chance that the demand and price of Georgian nuts will increase, ” Giorgi Todua explains.

He also drew attention to the measures taken by the government to combat bedbugs.

“Now the situation is controlled. We are treating trees with chemicals 6 times during the year. The National Food Agency treats the external perimeters of land plots with chemicals and install pheromone traps that repel insects, ” Giorgi Todua says.

As reported, in recent years, the nut production which in the last  several years was included in the list of Georgia’s top five export goods has sharply decreased.

Crop decreases are projected for Italy and France.