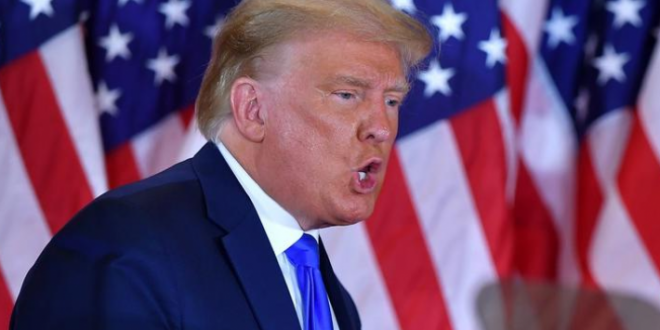 TBILISI(BPI)- In 2016, Donald Trump considered launching his own TV network if he lost the US presidential election. His unexpected win squashed that possibility four years ago, but now he’ll finally get the chance.

With Joe Biden’s victory, Trump will soon be out of a job. Attention will now turn to what the outgoing president will do with his time next—other than dealing with an ongoing New York state investigation into his business. And once again, he is reportedly exploring how to start his own media empire.

Trump’s senior advisor and son-in-law, Jared Kushner, is “talking up” the idea of a Trump-branded media company, Business Insider reported last month. The New York Times reported this week that the 2016 discussions about launching a “Trump TV” entity  have continued this year.

There is reason to believe these talks are serious. Trump’s actions this year—and in the last few days especially—clearly demonstrate he thinks the only network that can sufficiently stroke his own ego is one owned and operated by himself and his progeny.

According to several news outlets, Trump’s camp is furious with the conservative cable news network Fox News for projecting Joe Biden would win the state of Arizona, which threw a wrench into the president’s desperate plan to delegitimize the results of the election. Kushner reportedly called Fox CEO Rupert Murdoch and demanded the network retract its call. (The network has not done so.)

That followed months of Trump using increasingly hostile language toward the network, which had long tried to ingratiate itself with the White House with fawning coverage. But apparently even that was not obsequious enough. In April, he tweeted that viewers were growing angry with Fox News and wanted an “alternative.” A month later, he argued Fox “is no longer the same” and then said he was “looking for a new outlet.”

Having a performative, foundational grievance—in this case, that the election was a fraud and Fox News did nothing to stop Joe Biden—could boost Trump’s effort to launch his own network that’d inevitably compete with Fox News for viewers.

How exactly that could materialize is unclear. Trump doesn’t like generating revenue for other companies without reaping the financial rewards himself, so he’d probably require an ownership stake in a hypothetical network. And since he’s pathologically obsessed with TV ratings, this venture would likely have to be on television, rather than online, which is much harder to measure and wouldn’t mesh with his prospective audience of mostly older viewers.

He could buy an existing cable network, but finding a seller might be difficult, given how globally reviled the Trump brand has become. In any case, he’d be entering a media landscape that is not friendly to new ventures. Legacy media networks are struggling amid a downturn in viewers and advertising revenue. Examples of new networks finding success in this environment are few and far between. Even the Oprah Winfrey Network, which might be the closest parallel to an eventual Trump-branded network, had a lot of trouble initially attracting an audience.

Trump likely wouldn’t have the patience to wait several years for a network to find its footing—but he might not have to. His audience is large, rabid, and loyal. It wouldn’t require a business genius to capitalize financially on the millions of Trump voters who will be wondering where they can see the soon-to-be former president speak next.

Some niche right-wing platforms, like Newsmax and One America News, have already found moderate success, but with audiences much smaller than what Trump is accustomed to getting on network and cable TV. If Trump were to take over one of those networks as an executive, rather than start a new one, he might struggle to grow them substantially.

If he does find the money and the opportunity to make a “Trump TV,” one other obstacle remains. He’d likely still have to deal with the US Federal Communications Commission, which as of Jan. 20, 2021, will answer to president Joe Biden.