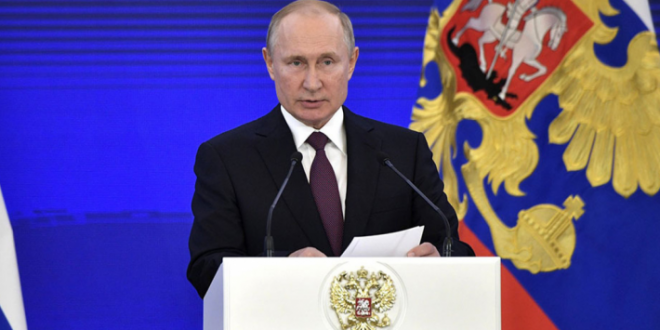 TBILISI(BPI)- Russian President Vladimir Putin and his Ukrainian counterpart Volodymyr Zelenskiy have discussed natural gas supplies to Ukraine and gas transit via the country further into Europe, the Kremlin said in a statement on Monday.

The current deal regarding Russian gas supplies to Ukraine and transit to Europe expires after Dec. 31.

The Kremlin also said the leaders have talked about the handover to Ukraine of the three ships Russia seized in the Kerch Strait last year after opening fire on them and wounding several sailors.

Putin and Zelenskiy, as well as the leaders of Germany and France are due to meet in Paris on Dec. 9 to discuss the settlement of the Ukrainian crisis.