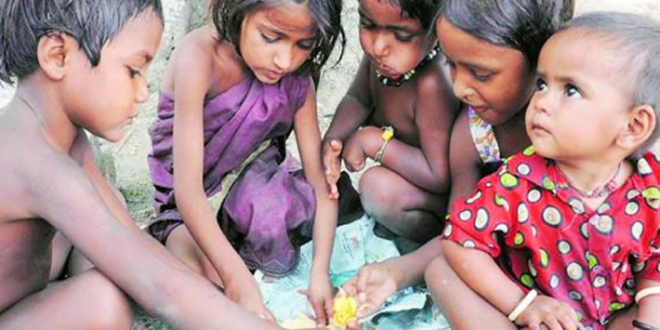 TBILISI(BPI)- Millions of people are being pushed towards hunger by the coronavirus pandemic, which could end up killing more people through lack of food than from the illness itself, Oxfam has warned.

Closed borders, curfews and travel restrictions have disrupted food supplies and incomes in already fragile countries, forcing an extra million people closer to famine in Afghanistan and heightening the humanitarian disaster in Yemen, where two-thirds already live in hunger.

One million more people are facing famine in Afghanistan as a result of coronavirus, according to a report from the charity. The number of people on the brink of famine in the country rose sharply from 2.5 million last September to 3.5 million in May, the result of border closures and the economic downturn in neighbouring Iran that caused a drop in home remittances by overseas workers.

Oxfam said that up to 12,000 people could die from hunger every day globally – 2,000 more than died from Covid-19 each day in April.Along with Afghanistan, the charity identified Yemen, the Democratic Republic of the Congo, Venezuela, the west African Sahel, Ethiopia, Sudan, South Sudan, Syria, and Haiti as extreme hunger hotspots.
Oxfam said countries with existing problems, such as South Sudan and Syria, were already seeing hunger worsen but there was also concern for middle-income countries such as India and Brazil.Mass unemployment was affecting all countries, but informal labourers were suffering the most, often unable to travel to work.Travel restrictions were also hitting food supplies by preventing farmers from hiring workers and small-scale producers from accessing their own fields.The report said the virus was heightening the humanitarian disaster in Yemen, where two-thirds of people already have inadequate food.

Islamic Relief warned that even though food and fuel prices had spiked in recent weeks, the international community had failed to meet funding goals for Yemen. Baobaid said the result was more families having to beg on the streets.

“The global humanitarian community need to pay attention to the situation in Yemen. It’s not long before we can slide into a catastrophic humanitarian situation,” he said.

The UN World Food Programme, which estimates that the number of people facing severe hunger will increase by about 122 million this year as a result of the pandemic, cut food deliveries by almost half in northern Yemen. Oxfam said humanitarian assistance around the world had been curtailed by restrictions on movement and other precautions to prevent the virus spreading.

The Oxfam report said only 9% of funding for tackling food security had been met under then UN’s global fund against Covid-19.