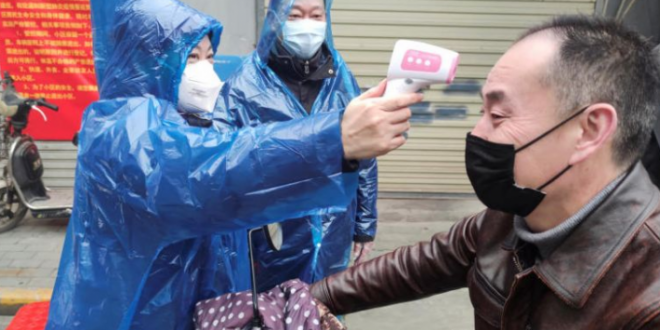 TBILISI(BPI)- The number of confirmed deaths from the coronavirus outbreak spiked to 425, after authorities in China’s Hubei province reported 64 new fatalities on Tuesday (Feb 4).

In its daily update, figures from the health commission in Hubei, which has been hit hardest by the virus, showed a sharp increase in confirmed infections with 2,345 new cases.

Across China, there were 3,235 new confirmed infections on Monday, bringing the total number so far to 20,438.

The updates take the number of deaths in Hubei, the epicentre of the outbreak, to 414 as of Monday. The total number of infections in the province has risen to 13,522.

With Wuhan and some other Chinese cities in virtual lockdown, travel severely restricted and China facing increasing international isolation, fears of wider economic disruption are growing.

A total of 632 patients infected with the novel coronavirus had been discharged from hospital after recovery by the end of Monday, Chinese health authorities announced on Tuesday.

Monday saw 157 people walk out of the hospital after recovery, among them, 101 were in Hubei, the National Health Commission said in its daily report.

The Chinese government has said it “urgently” needs surgical masks, protective suits, and safety goggles as it battles to control the outbreak.

Meanwhile, China has agreed to allow US health experts into the country as part of a World Health Organization (WHO) effort to help fight the fast-spreading coronavirus, even as it accused the United States on Monday of whipping up panic over the disease with travel restrictions and evacuations.