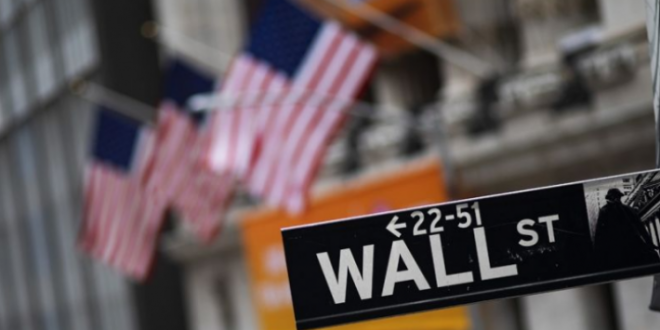 TBILISI(BPI)- The largest US banks signalled that the worst of the coronavirus recession is yet to come, opting to stow away tens of billions of dollars to prepare for an expected wave of loan losses.

JPMorgan, Citigroup and Wells Fargo said on 14 July they took large hits to their second-quarter profits to collectively stockpile $28bn to cover losses as consumers and businesses start to default on their loans.

The provisions amount to a sharp increase above what they put away in the first three months of the year, reflecting a shift in their assumptions about the length and severity of the pandemic’s economic toll. JPMorgan, the largest US bank by assets, said it put aside extra to prepare for an unemployment rate that remains at double digits well into next year and a slower recovery in gross domestic product than the bank’s economists assumed three months ago.

After governments shut down a host of businesses to slow the spread of coronavirus, the outlook for that debt grew murkier. Bank executives said on 14 July they saw signs of a nascent economic recovery in May after states opened up. Now, a new spike in coronavirus cases that caused a wave of shutdowns has them preparing for an extended downturn.

JPMorgan set aside $10.47bn to cover potential loan losses, cutting its profit in half. Wells Fargo posted its first quarterly loss in more than a decade and socked away $9.57bn to prepare for a wave of loan defaults. Citigroup’s profit fell 73%, weighed down by the $7.9bn the bank set aside for an expected increase in soured loans.

The economic collapse has been unusual in that banks have granted temporary pauses on payments for mortgages, auto loans and commercial loans. Also, the federal government has provided unprecedented stimulus to keep consumers afloat.

Executives said on 14 July the requests for more assistance have tailed off in recent months. Credit-card customers who had requested help were largely returning to paying instead of seeking more relief.

But as relief measures roll off, banks are expecting trouble ahead.

All three banks added to their loan-loss reserves for both their commercial divisions and their consumer banks. All told, the three banks have stockpiled $83bn for credit losses. Hard-hit industries like retail and hotels are already struggling financially, but executives said they now expect the downturn to hit a wide range of businesses.

Even as the recession deepened in the second quarter, the S&P 500 rose 20%. In a sign of that rift, banks reported some of their best trading results in years. Trading revenue rose 79% at JPMorgan and 55% at Citigroup. Both banks did brisk business advising companies raising funds through debt and equity sales.

Executives at JPMorgan and Citigroup cautioned that second-quarter market revenues were abnormally high and trading likely would fall back to earth in the second half of the year.

So far, the pandemic has hit Wells Fargo the hardest. The bank, already struggling to dig out of a four-year-old fake-accounts scandal, had to manage the economic fallout while staying within strict regulatory confines. In addition to increasing its loan-loss provisions, it noted a recent rise in charge-offs tied to its oil-and-gas and commercial-real-estate portfolios.