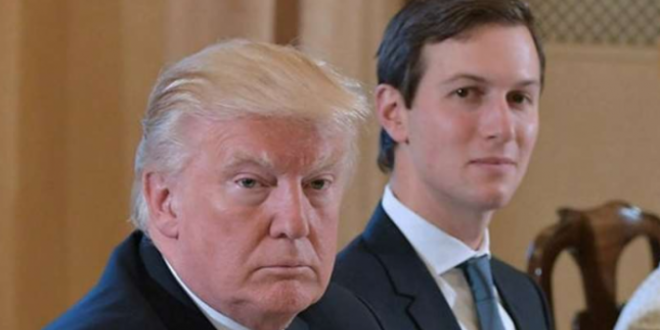 TBILISI(BPI)- President Donald Trump has tapped his son-in-law, White House senior adviser Jared Kushner, to oversee construction of the ballyhooed border wall the president has promoted since the onset of his presidential campaign, The Washington Post reported.

The Post reported that Kushner leads biweekly West Wing meetings focused on the wall’s progress, officials familiar with the matter said. Kushner is pushing both U.S. Customs and Border Protection and the Army Corps of Engineers to seize hundreds of parcels of private property so that the government has a chance to meet Trump’s goal of building 450 miles of wall along the southern border by the end of next year, with aides telling the Post it is paramount to Trump that 400 of those miles be completed by Election Day.
Trump defended his border wall efforts in a Tuesday tweet, saying it’s “wrong” to say the new wall is not being built when old barriers are being replaced. Since Trump took office, the vast majority of wall construction has been for replacement border fencing, not a new wall in places where it didn’t exist previously.

Trump resorted to pulling funding from the Defense Department after Congress refused to appropriate money for the project. The Pentagon said in September that it would use $3.6 billion in military construction money to build the wall, in addition to previously making $2.5 billions of counter-drug money available.

Trump declared a national emergency at the border in February in a bid to circumvent Congress and fund wall construction. The border wall was one of Trump’s earliest campaign promises during the 2016 election. He initially said it would be paid for by Mexico.