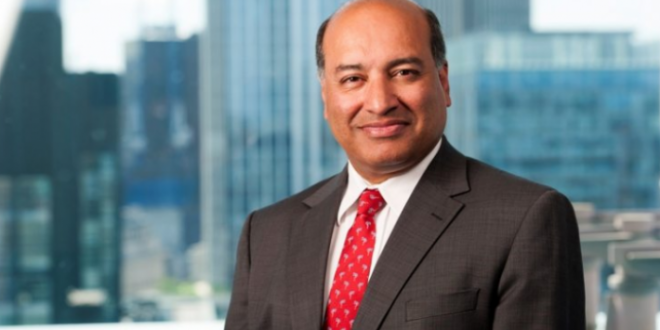 Thirty years after the Berlin Wall, the region to watch is eastern Europe and the Caucasus

TBILISI(BPI)- Recent weeks have seen the celebration of 30 years since the fall of the Berlin Wall: a milestone in the story of freedom, of Europe being finally reunited and of economic growth. Plenty of column inches have been dedicated to the success of economic reform in Poland, Hungary and the Czech and Slovak Republics, even though the political story is more mixed. But smart investors should pay attention to the next kids on the bloc, a little further to the east.

On November 22 in London, the EBRD will host six heads of state or government from Armenia, Azerbaijan, Belarus, Georgia, Moldova and Ukraine for an investment summit focusing on countries of the Eastern Partnership (EaP) initiative.

The EaP is a decade-old format of co-operation between the EU and the six countries of eastern Europe and the Caucasus. The EU turned its attention to its new neighbourhood after its “big bang” enlargement in 2004, when the central European reformers joined the club.

The EaP was born in 2009, with different ambitions and under different circumstances. But it tells the same big story. The EaP region is not quite a region. Combined, the six countries have a population of about 80m people, almost the same as Germany, but they range from Armenia’s 3m to Ukraine’s nearly 45m. After the break-up of the USSR in 1991, the newly independent countries inherited the same legacy of a command economy, but made different choices for their futures.

They are diverse in economic composition and political structure, and in geopolitical and trade orientation.

Three – Georgia, Moldova and Ukraine – are betting on economic integration and political association with the EU. Two – Armenia and Belarus – are members of the Eurasian Economic Union. One – Azerbaijan – is keeping a balance. In addition to west and north, economic vectors also go south and east: Turkey is a significant partner for Azerbaijan and Georgia, and each economy has 5-10 per cent of its trade with China.

To borrow from Tolstoy, each of these countries is happy in its own way. But all have chosen to enter the EaP with the EU, which today is the main forum for multilateral engagement among the six.

By joining the initiative 10 years ago, the six countries of the former USSR clearly stated that they saw their economic and political futures being tied to those of the globalised world and to an international rules-based system, which the EU exemplifies. This means they are committed to economic reform in the long term; and reform means new opportunities for business.

In recent years, the region has made huge strides towards achieving macroeconomic stability. After decades of painful transition from state-dominated economies, new paths of economic development are finally becoming clear and bringing tangible results. As the largest institutional investor in the region, the EBRD has witnessed and facilitated transformation in all of these countries.

In the past five years, Ukraine has pursued a wide-ranging reform agenda aimed at remodelling itself as a modern democratic European state. Moldova has overhauled its banking sector, which previously kept it isolated from global investment. Over the past 15 years, Georgia has established a record as a reformer. Deep and comprehensive free trade areas and visa-free regimes, offered by the EU to these three countries as a result of much hard work, have brought them closer to the rest of Europe.

Meanwhile, Armenia went through a momentous political change in 2018 and has taken resolute steps in the fight against corruption. Together with Georgia, it enjoys some of the highest rates of economic growth in EBRD regions. Azerbaijan is developing policies to diversify into non-oil sectors. Belarus is laying foundations for commercialisation of state-owned enterprises and banks and case-by-case privatisation, while encouraging private sector development.

These reforms would have been unimaginable 10 years ago. I am convinced that, despite the many remaining challenges, and sometimes sudden developments, this is only the beginning.

The EBRD itself was created after the fall of the Berlin Wall to help emerging Europe rebuild healthy market economies. As the early reformer countries of central Europe now stand firmly on their own feet, we are increasing our focus on regions that want, and have the potential, to undergo a similar economic transformation.

In partnership with the European Commission, other international bodies and donors, the EBRD continues to support eastern Europe and the Caucasus. Today’s investors looking for the next success story would be also well advised to take a closer look at the countries of the EaP. We stand ready to work with them.