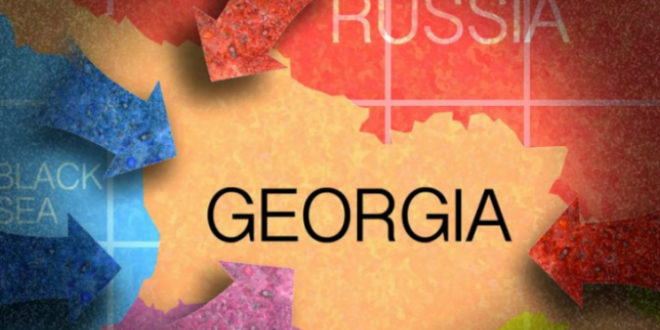 TBILISI(BPI)- From Europe to Asia, geopolitical strategies are realigning, and all of the moving pieces converge in the Caucasus region, which includes three post-Soviet countries: Georgia, Armenia and Azerbaijan.

Georgia is the key. It is at the center of the action and the stakes for the United States could not be higher. China is astride Eurasia with its ambitious Belt and Road Initiative. Russia, in decline, seeks to attach itself to China’s dynamism while preserving a footprint as the hegemon of the post-Soviet space. Central Asia shows its economic potential through important reforms, while Turkey flirts with new visions of its strategic importance in a non-European future.

China, Russia, the United States and Europe all seek opportunities to enhance stability, promote economic development, and gain strategic advantage. These trajectories intersect in the Caucasus, where all of the key players seek to develop positions of political influence and economic advantage, where the North-South and East-West axes intersect.

While the United States maintains a presence in the Gulf and in Afghanistan, the regions of the former Soviet Union, including the Caucasus and Central Asia, often remain overlooked.

As Washington’s relations with Armenia and Azerbaijan remain complicated due to the Nagorno-Karabakh conflict, lingering since 1988, pro-Western Georgia alongside Israel is America’s most committed, reliable friend and ally in the wider region.

Georgia is situated on the Caucasus land bridge between Europe and Asia, between the Black and Caspian Seas. Over the millenniums, it has been invaded by the Persians, the Ottomans, the Russians and the Mongolians. Each time, Georgians have pushed back their oppressors.

After the fall of the Soviet Union, Georgia emerged once again an independent nation in the midst of this volatile environment. Georgia has a stable and democratic government that has been working hard to forge closer ties with Western Europe and the United States, especially in recent years. However, this is a route that must be navigated with skill and precision.

Supporting America’s response to 9/11 and the invasion of Iraq, Georgia deployed 3,500 troops to serve in both Afghanistan and Iraq. Russia invaded Georgia and seized South Ossetia and Abkhazia in 2008, and 20 percent of Georgian territories remain under Russian occupation to this day.

Mr. Gakharia also made clear that the United State is Georgia’s closest ally and that advancing Georgia’s European and NATO integration efforts are his top foreign policy priorities.

Mr. Gakharia comes to the job with impressive credentials. After years of working international business, including with Germany’s Lufthansa Airlines, Mr. Gakharia entered Georgian politics as the government’s business ombudsman. As secretary of the National Security Council, minister of Economy and most recently as the minister of Interior, he has always pushed for the implementation of reforms to increase accountability, openness and transparency.

His success in the economic sector greatly contributed to Georgia recently being ranked number six in the World Bank’s global Doing Business index. Georgia ranks higher than most EU nations when it comes to government effectiveness and corruption perceptions.

In his swearing-in comments, Mr. Gakharia also called for “clever and rational” use of all “existing formats” for dealing with Russia and its occupation of Georgian territories. Mr. Gakharia understands that direct military confrontation with Russia will produce disastrous results. He has also not forgotten Russia preceded that military invasion with a cyber offensive that shut down the Georgian government and its financial institutions.

Mr. Gakharia possesses the experience and skill to walk Georgia toward the European Union and NATO without directly provoking Moscow. Russia is the most immediate but not the only security concern. Unless the situation in the region changes, it is only a matter of time until other U.S. adversaries in the region will turn their attention to Georgia.

For more than 1,400 years, Georgia has produced great leaders to bring the nation together, and defeated its enemies at critical times. For just as long, Georgia has also had a history of internal infighting that undermines its stability. Once again, infighting dominates Georgian politics and undermines national security.

Mr. Gakharia does have a tough route to navigate. He can do it, but it will take time. He will need the support of his nation, Europe and, most of all, the United States.