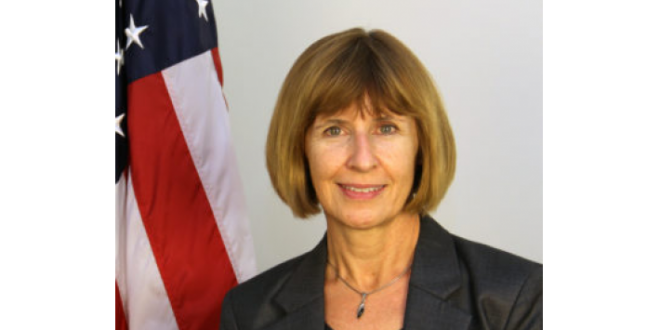 TBILISI(BPI)- The measures taken by the Russian Federation to suspend flights were a disproportionate response and now, when the Georgian and Russian leaders have expressed their readiness to stabilize relations, we call on Russia to lift the ban on flights and allow its citizens to come to Georgia and restore people-to-people contacts, – acting US Ambassador to Georgia, Elizabeth Rood, said on PalitraNews talk show.

“Economic and trade relations are in the interests of both Georgian and Russian peoples. I would like to point out that I am very happy that I am spending this summer in Georgia and the US Embassy is pleased to support the Spend Summer in Georgia campaign, because we believe that Georgia is a safe, friendly and hospitable country, where visitors come from many countries of the world. It is also important Georgia to work on the improvement of the quality of tourism infrastructure and further diversification of the tourism market. That’s why USAID’s new economic development program is focused on supporting tourism development,” Elizabeth Rood said.

According to her, the Government of Georgia clearly stated that the country is safe for tourists from any country, including from Russia.

“On the other hand, it is just a fact that occupation and militarization of the Georgian territories of Abkhazia and South Ossetia by Russia is unacceptable. That’s why we call on Russia to comply with the 2008 ceasefire agreement, withdraw its troops, facilitate access to humanitarian assistance in these regions and revoke the recognition of Abkhazia and South Ossetia as independent states,” the US diplomat said.

She added that Georgia has a successful experience in dealing with economic pressure.

“Response to this should be: diversification of markets, improvement of quality, attraction of more investments from various countries. Exactly these are the most important issues of Georgia-US bilateral economic cooperation agenda. These are the results that we are trying to achieve in the field of economic support through the programs of the United States Agency for International Development,” Rood said.