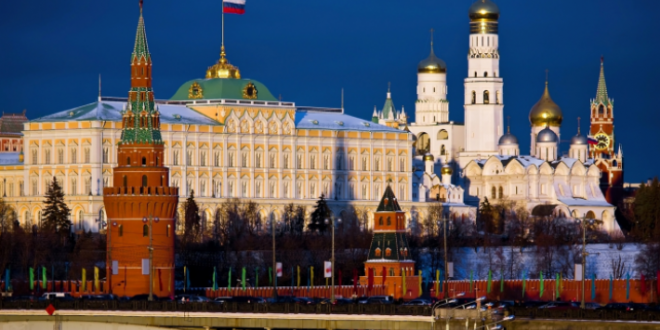 “The single should be only one in this case anyway – the Georgian president who publicly referred to Russia as an aggressor should disown these words, apologize and explain her position,” the chairman said when asked whether Russia received any signals showing that the Georgian leadership is ready to explain its actions. “How can we advance relations when the Georgian leadership acts this way?” he asked in view of this.

Volodin emphasized that the anti-Russian agenda, particularly in the Parliamentary Assembly of the Council of Europe (PACE), is usually “initiated and further produced by US satellites – the Baltic States, Poland, Ukraine and Georgia.” “If they were thinking about a full-fledged development, they would have never made these steps,” he believes. “Why clash when we can advance relations based on clear principles, principles of mutual respect, non-interference in affairs of sovereign states, good neighbor principles.”

“Ukraine cannot develop from an aggressive stance with a neighbor such as Russia since we share such as extensive border, share not only trade ties, but also cultural and historic ones. It is impossible to just build a wall of isolation here,” the chairman is certain. He warned that by stoking conflict with Russia these countries “will plunge themselves into enormous problems as it happened with Georgia.”

Volodin recalled that relations with this country started to even out but then “somebody needed to stage a conflict in Tbilisi”, when the Russian delegation arrived to attend a session of the Interparliamentary Assembly on Orthodoxy. “However, the Georgian president chose to denounce Russia as an aggressor instead of interfering and condemn these events,” he recalled pointing out that it is the president who “bears responsibility for hosting a delegation of another country.”

“While now she is silent. The Georgian society says, no, we need to improve relations. Let the Georgian authorities say something about it. They were able to make a mess of things, escalate the situation, they managed to offend the Russian people and our country,” the chairman concluded.

Massive rallies broke out in front of the Georgian parliament building back in late June. The protests were sparked by an uproar over a session of the Inter-parliamentary Assembly on Orthodoxy hosted by the parliament. In accordance with an approved protocol, the head of Russia’s delegation Sergei Gavrilov, a member of the State Duma (the lower house of parliament), took the Georgian parliament speaker’s seat, irking the Georgian opposition that disrupted the event and brought people on to the streets. Protesters eventually tried to storm the parliament building. As a result, 240 people suffered injuries and more than 300 were detained. Last week, the Georgian Prosecutor General’s Office labeled the attempt to storm the parliament as a coup aimed at overthrowing the government. On June 21, Russian President Vladimir Putin signed an executive order temporarily banning Russian airlines from carrying out flights to Georgia from July 8.