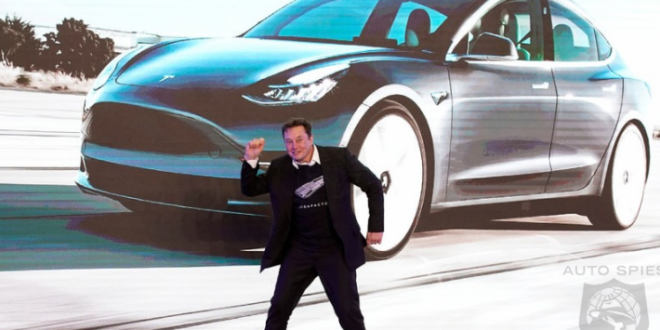 TBILISI(BPI)- Tesla’s market value has climbed above Volkswagen AG’s for the first time to more than $100 billion, a threshold that will trigger a huge payout for Elon Musk if he can sustain the feat for months.

The electric-car maker’s shares jumped as much as 4.6% shortly after the open of regular trading Wednesday. At the early intraday high of $572.11, Tesla’s market capitalization was roughly $103.1 billion, exceeding Volkswagen’s $99.8 billion and trailing only Toyota Motor Corp.