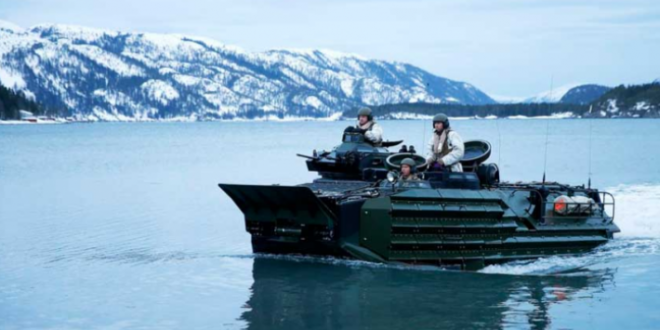 TBILISI(BPI)- Norway´s armed forces cancelled an exercise on Wednesday that was meant to gather 15,000 NATO and allied soldiers from March 12-18 because of concerns over the new coronavirus.

“The coronavirus is out of control,” the head of the army´s operations centre, Rune Jakobsen, told reporters. “We would rather preserve our army´s combat capabilities so we can support society in the turbulent period to come.”

The exercise had initially been expected to gather troops from a dozen NATO or partner countries, including the United States, France, Germany, Britain, Belgium and Sweden. Organised by Norway in the far north, it was aimed at testing multinational capabilities in a high-intensity combat scenario in demanding winter conditions. The Norwegian army wanted to “avoid being a burden on the civilian healthcare system”, which had been expected to provide some personnel for the exercise, Jakobsen said.

Last week, the Norwegian army closed a military base in northern Norway after a soldier tested positive for the new coronavirus. That is the only case detected in the Norwegian armed forces to date, but 240 soldiers are still in quarantine as a result, Jakobsen said. On Saturday, Finland announced it would not be sending the 400 troops initially due to take part, because of the epidemic.