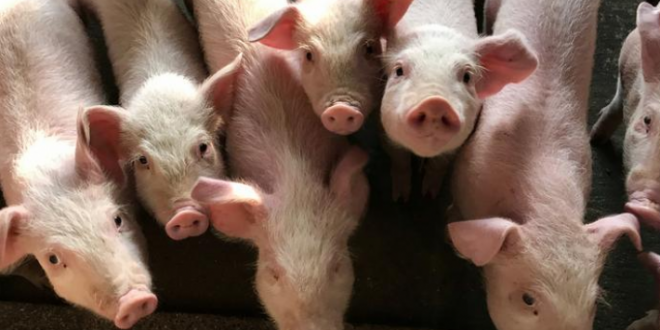 TBILISI(BPI)- Police in Padua destroyed some 10 tons of pork infected with African swine fever on Wednesday. Italy has banned the import of Chinese pork in hopes of stopping the spread of the disease.

Customs authorities from the Guardia di Finanza in the northern Italian city of Padua say they seized and destroyed nearly 10 tons of Chinese pork infected with African swine fever Wednesday.

Italian authorities say the tainted meat arrived in Europe via the Dutch port of Rotterdam before making its way to Padua.

Police say the pork, which was not properly frozen, was hidden beneath boxes of vegetables in a Padua warehouse operated by a Chinese businessman. The man has been charged with smuggling, trading in dangerous foodstuffs, and spreading animal diseases. The warehouse has also been closed.

Though China is generally thought of as a meat importer, demand for cheap pork among immigrants is running high ahead of festivities for Chinese New Year this Saturday.

Italy has banned the import of Chinese pork in hopes of thwarting the spread of the disease domestically. China, which reported Wednesday that it had found infected meat at some 5% of its slaughterhouses, has been battling the epidemic for months. Late last year it was reported that the disease had already wiped out a third of China’s swine population.

Several European countries are concerned about the spread of the disease across the EU. Authorities in Germany, for instance, are currently worried that wild boars infected with the disease in Poland could infect domestic animal populations should they cross the countries’ shared border. Swine fever is deadly among pigs, though it poses no risk to humans.