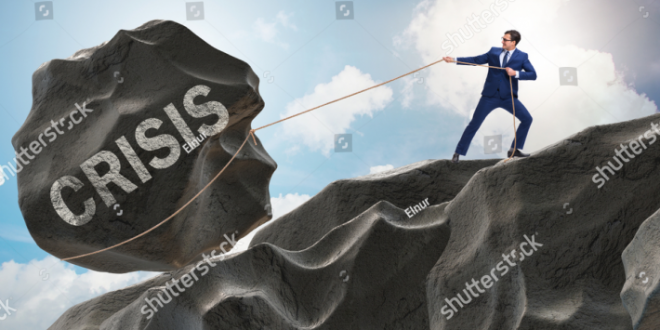 TBILISI(BPI)- Weaker growth in both advanced and developing countries means the possibility of a global recession in 2020 is a clear and present danger, the UN has warned.

In a flagship report, the UN’s trade and development body, Unctad, said 2019 will endure the weakest expansion in a decade and there was a risk of the slowdown turning into outright contraction next year.

The UN said warning lights were flashing around trade wars, currency gyrations, the possibility of a no-deal Brexit and movements in long-term interest rates but there was little sign that policymakers were prepared for the coming storm.

The annual trade and development report said finance ministries and central banks should end their “obsession with stock prices, quarterly earnings and investor confidence” and instead focus on job creation, boosting wages and increasing public investment.

The Unctad report said: “A spluttering north, a general slowdown in the south and rising levels of debt everywhere are hanging over the global economy: these combined with increased market volatility, a fractured multilateral system and mounting uncertainty, are framing the immediate policy challenge.”

It said the global economy remained fragile even though the financial crisis ended a decade ago, and called for a fundamental rethink of a “business as usual” model that had saddled the developing world with record levels of debt.

The report also said: “The macro-economic policy stance adopted to date has been lopsided and insufficiently co-ordinated to give a sustained boost to aggregate demand, with adjustments left to the vagaries of the market through a mixture of cost-cutting and liberalisation measures. Ephemeral growth spurts

Global growth will fall from 3% in 2018 to 2.3% this year – its weakest since the 1.7% contraction in 2009, according to the report. Several big emerging countries were already in recession and some advanced economies, including Germany and the UK, were dangerously close to one.

Central banks , including the US Federal Reserve and the European Central Bank, have recently announced interest cuts in an attempt to stimulate activity but the UN report was pessimistic about the chances of success.

“The slowdown in growth in all the major developed economies, including the US, confirms that relying on easy monetary policy and asset price rises to stimulate demand produces, at best, ephemeral growth, while tax cuts for corporations and wealthy individuals fail to trigger productive investment.”

Unconventional monetary measures – such as negative interest rates and creating money through quantitative easing – remained the go-to policies for addressing weaknesses in the global economy even though they have had a weak record since the financial crisis.

Trade growth was expected to slow sharply this year as a result of a slump in global demand and the protectionist measures announced by Donald Trump.

The UN stressed the need to look beyond the short-term threat of recession to deeper and long-running threats.

“Beyond the immediate risks that could stall the global economy are a series of macrostructural challenges that predate the global financial crisis and have gone largely unattended since then,” the report said.

It added that four issues stood out due to their high degree of interdependence: the smaller share of the economy’s proceeds going to labour; the erosion of public spending; the weakening of investment; and the unsustainable increases in carbon dioxide in the atmosphere.

It continued: “Climate protection requires a massive new wave of investment, reinventing energy and other carbon-emitting sectors. New low-carbon technologies must be created, installed and maintained on a global scale.”

The report also highlighted increased green investment, which it said would be a significant source of income and jobs. “Recent discussions call this strategy the Green New Deal, recalling the 1930s New Deal, which tackled unemployment and low wages, the predatory nature of finance, infrastructure gaps and regional inequalities, in the context of recovering from the Great Depression.”