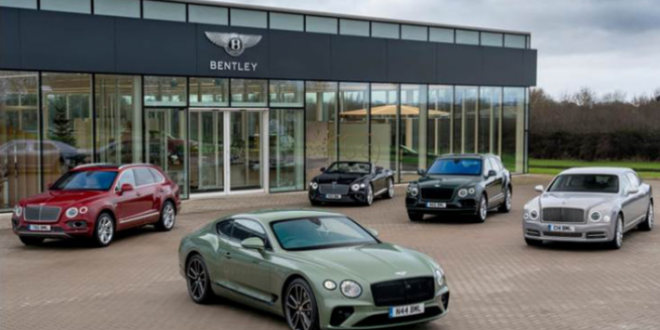 TBILISI(BPI)- Bentley Motors has registered the highest-ever half-year performance this year greater than any profit figure posted for a full-year period by the company. It posted a profit figure of €178 million in the first six months of 2021. Its retail sales also witnessed an increment by 50 per cent at 7,199 units in the first half of the year as compared to the same period in 2019 at 4,785 units.

The Bentayga, however, maintained the number one position in the model line-up as its full market availability was reached for the first time. The company has also announced Hybrid and S variants for the model.

Thanks to the launch of Flying Spur in China, the model has contributed to 29 per cent share the model line-up’s global sales, further helped by the addition of the V8 engine. Bentley is also anticipating that the sales for its Continental GT model could reach record numbers three years after introduction as it plans to introduce the Speed variant in the second half of the year.

China became Bentley’s biggest selling market for the first time in nearly a decade with 2,155 units sold. This was followed by the US where the car maker sold 2,049 units. In Europe, it delivered 1,142 cars while Asia Pacific accounted for sales of 778 cars. The Middle East, Africa and India took deliveries of 521 units. Bentley currently has a network of 240 retailers in 67 countries.

Despite the record sales and profit, Bentley says that it has to remain cautious of the continued uncertainty due to the pandemic which could negatively impact the second half of the year.