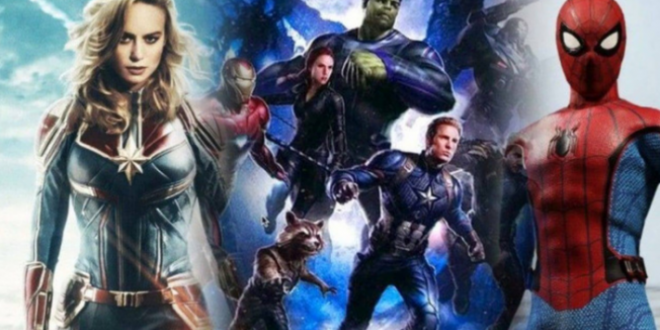 TBILISI(BPI)- In a year boasting some impressive single-movie records and almost total dominance by one company in particular, 2019’s box office also set some new records for the film industry worldwide. Offerings led by major genre franchises coming to a close (or at least, closing out major arcs) like Star Wars: The Rise of Skywalker and Avengers: Endgame made history as the global intake for the film industry was at its highest ever.

Variety reports that 2019’s global box office will be over $42B, which is a record high for the industry. The record-setting year from Endgame, which became the highest-grossing film of all time at $2.79B – beating Avatar at a mere $2.78B – was just the tip of a genre iceberg that included such international genre hits as Spider-Man: Far From Home, Joker, and Us.

The latter fell out of the top ten box office hits in America only after The Rise of Skywalker debuted at the end of the year, making each and every member of the top ten based on an existing IP. RoS, along with Endgame, The Lion King, Frozen II, Captain Marvel, Toy Story 4, and Aladdin, helped solidify Disney’s absolute dominance over the box office both stateside and abroad, with seven of the top ten grossers (eight if fans want to count the Sony co-production Far From Home) that helped push the international box office beyond $30B for the first time.

Hobbs & Shaw, the hyper-schlocky actioner that melded super-spy antics with high-octane vehicles, and Joker were the only two top-ten films not affiliated with Disney. The company commanded almost 40 percent of the market this year, with its closest competitors Warner Bros. (which made Joker) and Universal (which made Hobbs & Shaw) at a respective 13.84 percent and 13.42 percent.