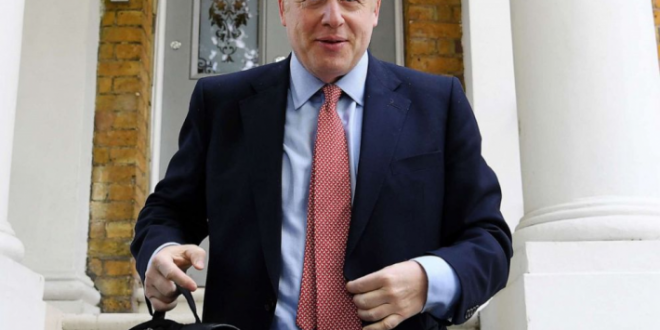 TBILISI(BPI)- Boris Johnson, the conservative lawmaker who has replaced Theresa May as the United Kingdom‘s prime minister, is without a doubt a “Marmite” politician. Although they come from the same party, in both temperament and approach to key political issues, Johnson and May could not be further apart.

Here’s everything you need to know about Boris Johnson, the divisive figure whose primarily goal will be to deliver the Brexit his predecessor so spectacularly failed to achieve.

After being educated at the elite boarding school Eton College and the University of Oxford, where he was a contemporary of former Prime Minister David Cameron, Boris de Pfeffel Johnson became a political journalist in the late 1980s.

He became prominent mainly for his work at the Times of London and Daily Telegraph newspapers. While at the Telegraph he served as a Brussels correspondent between 1989 and 1994, where he was credited for creating an atmosphere of the skepticism toward the European Union in British public life.

This phenomenon simmered beneath British politics for the next two decades, coming to the boil when the U.K. voted to leave the EU in 2016.

But it was in the late 1990s that Johnson burst into the public eye when he appeared on the satirical panel TV show, “Have I Got News For You.”

His floppy blonde hair, sense of humor and bumbling persona made him an instantly recognizable public figure.

In 2001, he was elected as a member of Parliament for the Conservative Party. But three years later, he was sacked from as the Shadow Arts Minister for lying to the party leader about an extramarital affair.

Johnson returned to the front line of politics when he was elected mayor of London in 2008. During his first term as mayor, Johnson oversaw the capital’s responses to such key events as the 2011 London riots and the 2012 Olympics.

He was reelected for a second term in office, proving himself as a charismatic and popular campaigner. Known for his colorful character, Johnson has often turned publicity events into comedic adventures of his own, such as when he got stuck on a zipline while promoting the London 2012 Olympics.Johnson then led Vote Leave, the official campaign to leave the EU, during the 2016 Brexit referendum in one of the most divisive campaigns in U.K. political history. After the event, where “Leave” won by a margin of 52% to 48%, the campaign was later found guilty of breaching spending laws.

It is that controversy that makes him such a divisive political figure — loved by some, loathed by others. British newspapers are equally divided on how to critique his leadership of the country at such a crucial moment in history.

The Evening Standard has backed him as “the prime minister to turn Britain around,” while the Telegraph, which employed Johnson as a columnist, says he has“infectious optimism that his supporters hope will overwhelm the questions concerning character.”

The Times of London, meanwhile, recently described him as a “philanderer,” albeit one with “remarkable resilience.” It highlighted criticism leveled at Johnson over his personal life and allegedly racist comments in newspaper columns.

The newspaper also pointed to a major mistake during his time as secretary of state for Foreign Affairs over his handling of a case of a British-Iranian woman detained over spying charges in Iran. The woman, Nazanin Zaghari-Ratcliffe, whom Johnson said was there to “teach journalism,” remains in prison to date.

Abroad, his reputation is equally checkered. His time as a young journalist and his Brexit stance have won him few friends among EU leaders, whom he will have to engage with extensively as prime minister.

Johnson has repeatedly received Trump’s backing and stopped short of condemning the president’s recent comments about “The Squad” as racist in a recent debate.