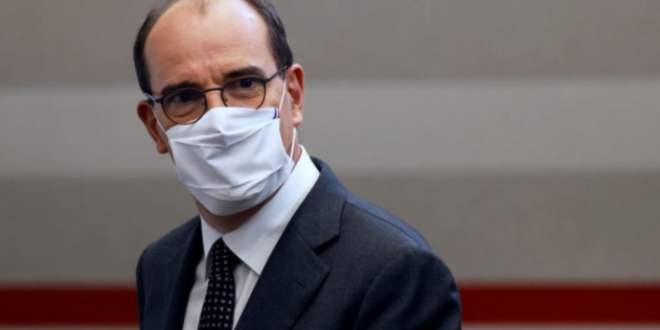 TBILISI(BPI)- French Prime Minister Jean Castex said there would be no easing for at least two weeks of the country’s second COVID-19 lockdown, with the number of people in hospital with coronavirus now higher than at the peak of the first wave.

As officials across Europe warned against COVID-19 complacency following this week’s announcement by Pfizer of a potentially effective vaccine, Castex said his government intended to intensify policing of the lockdown in Paris.

“It would be irresponsible to soften the lockdown now,” the prime minister told a news conference on Thursday. “The gains are fragile.”

Shortly after Castex spoke, French health authorities said the number of people hospitalised with the disease increased by 737 to reach an all-time high of 32,638, almost 350 higher than the previous April 14 peak of 32,292.

And the number of COVID-19 fatalities rose by 425, to 42,960, meaning the seven-day moving average, at 560, was beyond the 500-threshold for the fourth day in a row, a level last seen during the first lockdown in the second half of April.

Castex said a quarter of current deaths in the country were due to the virus, and that while the ‘R’ rate that measures the spread was now below 1 it was too early to contemplate relaxing measures.

Castex said France could start to loosen restrictions from Dec. 1 if the case numbers permitted, first by allowing shops to re-open. But he said bars and restaurants would not be permitted to resume operating until later still.

Asked if citizens could buy train tickets to travel at Christmas, he replied: “It’s a bit too early to say.”

If the slowdown in the rate of new cases was maintained, France would pass the peak of the second wave early next week. But Castex added he would not hesitate to impose stricter measures if the spread quickened once more.

When President Emmanuel Macron put the country back into lockdown, he said new infections needed to be hauled down to 5,000 per day for the curbs to be lifted.

After achieving a large degree of control over the pandemic following blanket lockdowns earlier in the year, governments across Europe have imposed new curbs to halt an alarming rise in case numbers in recent weeks, while trying to keep economies running as far as possible.

French Finance Minister Bruno Le Maire offered landlords an increased tax credit on commercial rents from small and mid-sized companies if they did not collect payment in November.