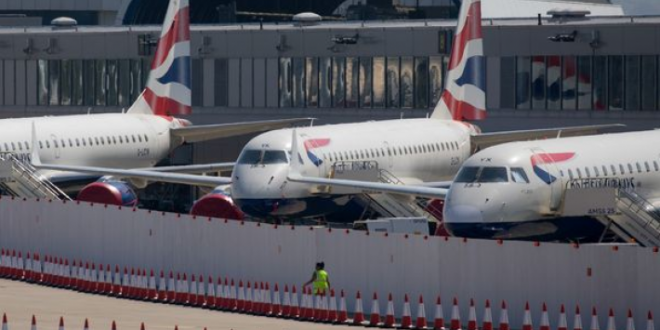 TBILISI(BPI)- IAG SA  will slash the work force at its flagship British Airways by almost 30% in a painful restructuring aimed at shrinking the airline group to make it through a downturn that could last for years.

As many as 12,000 jobs will be lost at British Airways, the former state-owned airline that now leads a stable that includes Spanish flag carrier Iberia, Ireland’s Aer Lingus and discount brands Vueling and Level, according to a statement  late Tuesday.

A 1.3 billion-euro ($1.4 billion) charge from fuel and currency hedges added to the group’s first-quarter operating loss, and with its planes on the ground, IAG said operating results are likely to be “significantly worse” in the current period because the virus has pushed down demand.

The harsh steps are likely to be repeated by other airlines in days and weeks to come, after flight restrictions aimed at fighting the coronavirus threw the industry into its steepest downturn ever. Carriers are in desperate need of cash, with peers such as Air France-KLM  and Deutsche Lufthansa AG  chasing multibillion-euro bailouts. IAG has so far avoided tapping government-supported fundraising plans.

“In the last few weeks, the outlook for the aviation industry has worsened further and we must take action now,” British Airways Chief Executive Officer Alex Cruz said in a letter to employees. “Any money we borrow now will only be short-term and will not address the longer-term challenges we will face.”

Like other European carriers, British Airways was hit with a double-whammy from fuel-hedging contracts that failed to protect it against the sudden drop in oil prices.

European airlines typically hedge most of their fuel costs to protect against a sudden jump in one of their biggest expenses. But because of the way some of the contracts are structured, the unexpected drop has forced many of them to hand cash over to banks even as many ask governments for multibillion euro taxpayer bailouts.

IAG doesn’t expect passenger demand to recover to 2019 levels for “several years.” The company said its operating loss before exceptional items was 535 million euros in the period ended March 31.

The job cuts are also a blow for the U.K. government, which is paying part of the wages of furloughed workers in the hope of preventing a sharp spike in unemployment as the country remains in lockdown. Britain’s economy will  contract  by 7.6% this year, the biggest annual fall since 1921, according to Dan Hanson of Bloomberg Economics.