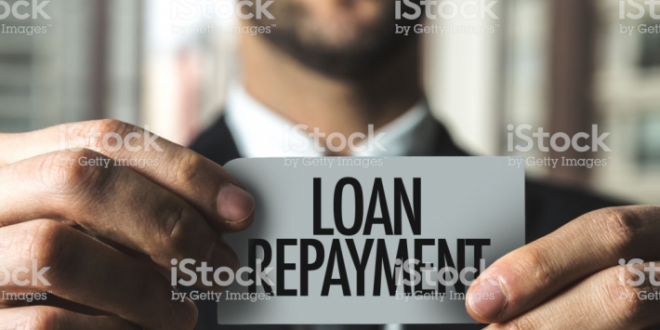 TBILISI(BPI)- With a global recession on the horizon as the coronavirus pandemic continues to ravage economies around the world, banks in various countries have scrambled to offer relief for those whose lives, jobs and businesses have been upended in the crisis.

Homeowners with hefty mortgage repayments and borrowers who have taken large sums of bank loans to sustain their businesses risk falling into default as world economies take a sharp dive amid nation-wide lockdowns and a halt in most international travel.

Individuals can apply to their banks to defer both principal and interest repayment of residential property loans until Dec 31, the Monetary Authority of Singapore said. Small and medium-sized firms can defer principal payments on secured term loans also up to the end of the year.

Singapore isn’t the only country offering generous mortgage deferrals amid the coronavirus crisis. Here are some other nations whose banks have sprung into action:

The moratorium – part of Bank Negara’s measures to help borrowers under strain due to the coronavirus outbreak – will automatically apply to all ringgit-denominated loans and financing not in arrears of more than 90 days, The Star reported. It will not apply to credit card balances. The central bank said banks should allow customers to convert their outstanding credit card balances into term loans of not more than three years.

The package came in tandem with state relief measures, and the grace period on loan repayments applied to companies in the tourism sector, exporters, importers and retailers, the Nikkei Asian Review reported.

Several banks in Britain have offered repayment holidays on mortgages and loans in an effort to stem a potential tide of defaults from borrowers affected by the coronavirus crisis. Among those lenders were the Royal Bank of Scotland, Lloyds and TSB, the Guardian reported early last month.

RBS Group, in which the British government has a majority stake, said it would grant a three-month break on mortgage and loan repayments for customers under strain due to the virus situation. It also offered to temporarily raise affected customers’ credit card limits and scrap fees on credit card cash advances, among other measures.

Italy announced in early March it would suspend all mortgage repayments across the nation, as the country went under lockdown to contain the coronavirus outbreak.

Italy’s banking lobby group ABI said lenders would offer debt holidays to small firms and families, BBC reported. It’s not the first time debt payments were halted in Italy. A similar relief measure was granted to some small businesses and households during the financial crisis.

Italian banks own the biggest pile of non-performing loans – about 142 billion euros – among European Union countries, according to a Bloomberg report. The Italian banking association in February asked for a one-year suspension of rules that force them to identify past-due loans as being in “default” to free up more money for lending.

As the coronavirus crisis worsens in the United States, the country’s two mortgage giants Fannie Mae and Freddie Mac have instructed lenders to grant their customers more flexibility in either lowering or halting home loan repayments for up to 12 months.

Their action effectively grants relief to half of all American home loans, according to a Fortune.com report last week. Other mortgage lenders across the country are expected to follow suit in the coming weeks and months.

The Trump administration was also mulling a nation-wide plan to let homeowners affected by the virus situation delay their mortgage repayments, Bloomberg reported earlier last month. But the government would have to decide on a mechanism for borrowers to catch up with their postponed payments, as well as to determine how to advance money to mortgage servicers so that investors in mortgage-backed securities get their guaranteed payments.

Canada’s six biggest banks last month said they would allow homeowners to delay their mortgage repayments for up to six months, as part of a coronavirus-relief plan.

The lenders – Bank of Montreal, Bank of Nova Scotia, Canadian Imperial Bank of Commerce, National Bank of Canada, Royal Bank of Canada and Toronto-Dominion Bank – also offered other debt relief measures including credit card repayment deferrals and extensions on mortgages’ amortisation periods, the Financial Post reported. Borrowers were advised to reach out to their banks to apply for the deferrals.

Borrowers in good standing who had been affected by the pandemic could apply at any time, with deferrals available for an indefinite period, Bloomberg reported. Under the plan, payments are skipped for a period of time, and accrued interest accrued is added to the mortgage’s outstanding balance. The additional interest is incorporated into future monthly payments when they resume, or upon renewal at the end of the mortgage’s term.