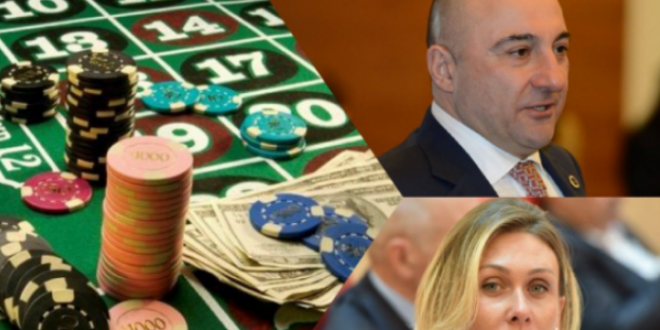 TBILISI(BPI)- The latest data show that in 2019 the turnover of the gambling industry amounted to GEL 12 billion and the role of this sector in the country’s economy is keeps growing. The figures prove the twisted development of the country’s economy- unemployment, lack of production and a shortage of skilled personnel are directly related to the popularity of gambling in Georgia.

Gambling became one of the main sources of the people’s excessive debts.

A recent study revealed that among 10 largest business companies, 6 are gambling that once again proves  that the country’s economy doesn’t work.

“It’s not bad that gambling industry is developed in the country, it’s bad that the country has no industry and production, ”says the MP Kakhaber Okriashvili, who blames the current and previous  authorities for the situation.

“All authorities are responsible for the popularity of gambling, including the current government, which has failed to ban advertising on gambling. Under all authorities, the gambling industry was deregulated, ”the MP believes.

According to the deputy from the ruling party, Nino Tsilosani, in 2020 a number of tough measures will be taken to regulate gambling, but she does not believe that gambling makes people poor – in her opinion, the opposite is true – it is poverty that drives people to gamble to games.

According to the deputy from the ruling party Nino Tsilosani, in 2020 tough measures to regulate gambling will be taken, but she does not think that gambling makes people poor – in her opinion, poverty pushes people into gambling.

She doesn’t share  the opinion that the introduction of regulations was delayed because  of influential lobbyists in the government.

In Tsilosani’s words, the adoption of the law was delayed due to the need for a more detailed analysis to avoid negative consequences.

“In February, work on the project will be resumed, and if a number of formulations are adopted, the document will be submitted to the spring session of the parliament,” she says.

According to the police statistics, in 2019 in 17 young people committed suicide, 7 attempted suicide . Suicide age ranges from 14 to 31.

“We shouldn’t blame only the  power, we are sympathetic towards  and lost loved ones and  will solve this problem. The bill that was aimed to  resolve the problems and was rejected by the parliamentary majority, in reality, did not affect the cause of the suicide. For this reason, we are  working  on most updated and thoughtful bill that will allow to carry out a correct policy in relation to gambling”- Nino Tsilosani notes.