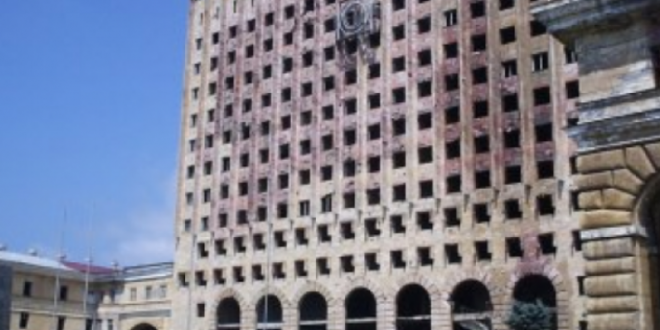 26 years passed since the fall of Sokhumi

TBILISI(BPI)- 26 years have passed since Sokhumi, the capital of Abkhazia, fell in the hands of secessionist forces. Military confrontation in Abkhazia began on August 14, 1992.

In September of 1993, the Abkhazian Guards, an armed formation created by the Head of Abkhazia’s High Council Vladislav Ardzinba, violated the ceasefire agreement and opened fire on the National Guards of Georgia, who had entered Abkhazia in order to protect Sochi-Inguri part of Georgian railways.

The State Council of Georgia decided to send the National Guards to Abkhazia, after having Vladislav Ardzinba’s consent, on August 11, 1992. In spite of the agreement, the Abkhazian Guards confronted Georgia’s national Guards and it was followed by a war. Military activities lasted for 13 months and 13 days and ended with the fall of Sokhumi on September 27, 1993