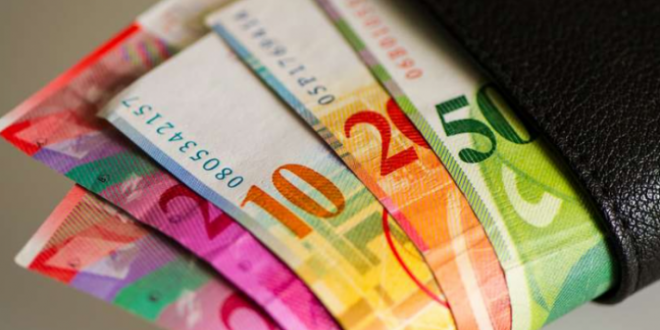 TBILISI(BPI)- The Swiss franc fell on Wednesday on signs the central bank may be intervening to stop it rising further, outweighing the impact of concerns about the spread of a new coronavirus that have driven investors into safe-haven assets this week.

The franc dropped against both the dollar and euro, falling as much as 0.5% against the single currency.

The move was “relatively strange given there is very little going on in the broader markets and likely signals the Swiss central bank’s discomfort with the currency at current levels,” said Thu Lan Nguyen, a FX strategist at Commerzbank based in Frankfurt.

Broader currency markets were trapped in tiny ranges, with concerns that the coronavirus outbreak in China could trigger a pandemic leading to some demand for safe-haven assets.

The Swiss National Bank has had an interventionist approach to the franc as it struggles to boost inflation in the highly export-oriented economy.